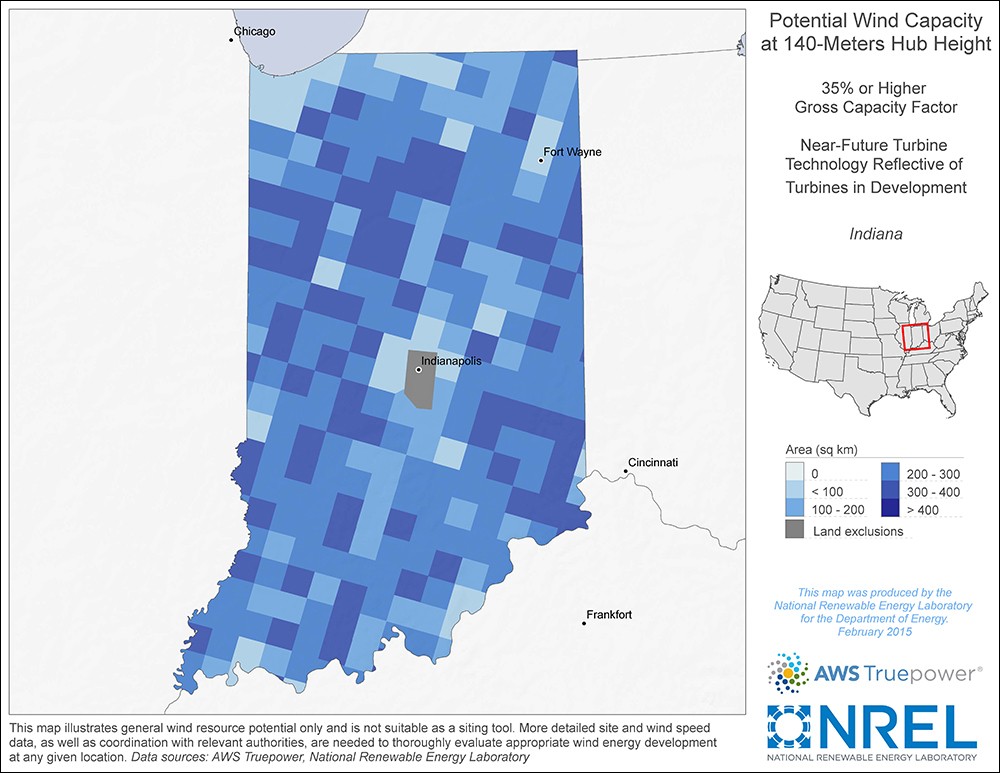 The potential wind capacity map shows land area with a gross capacity factor1 of 35% and higher, which may be suitable for wind energy development. AWS Truepower produced the wind resource data with a spatial resolution of 200-m, which was binned into 20-kilometer (km) grid cells. Map shading shows the amount of area with the potential to be developed within each 20-km cell: the darker the color, the larger the potentially developable area within each cell. Areas that are excluded from development by law, such as wilderness areas and national parks, and other areas unlikely to be developed, such as urban areas and water bodies, are shown in grey. Potential wind capacity maps are provided for a 2014 industry standard wind turbine installed on a 140-m tower, which represents near-term future technology options. See also, a 110-m tower potential map, which represents plausible current technology options.