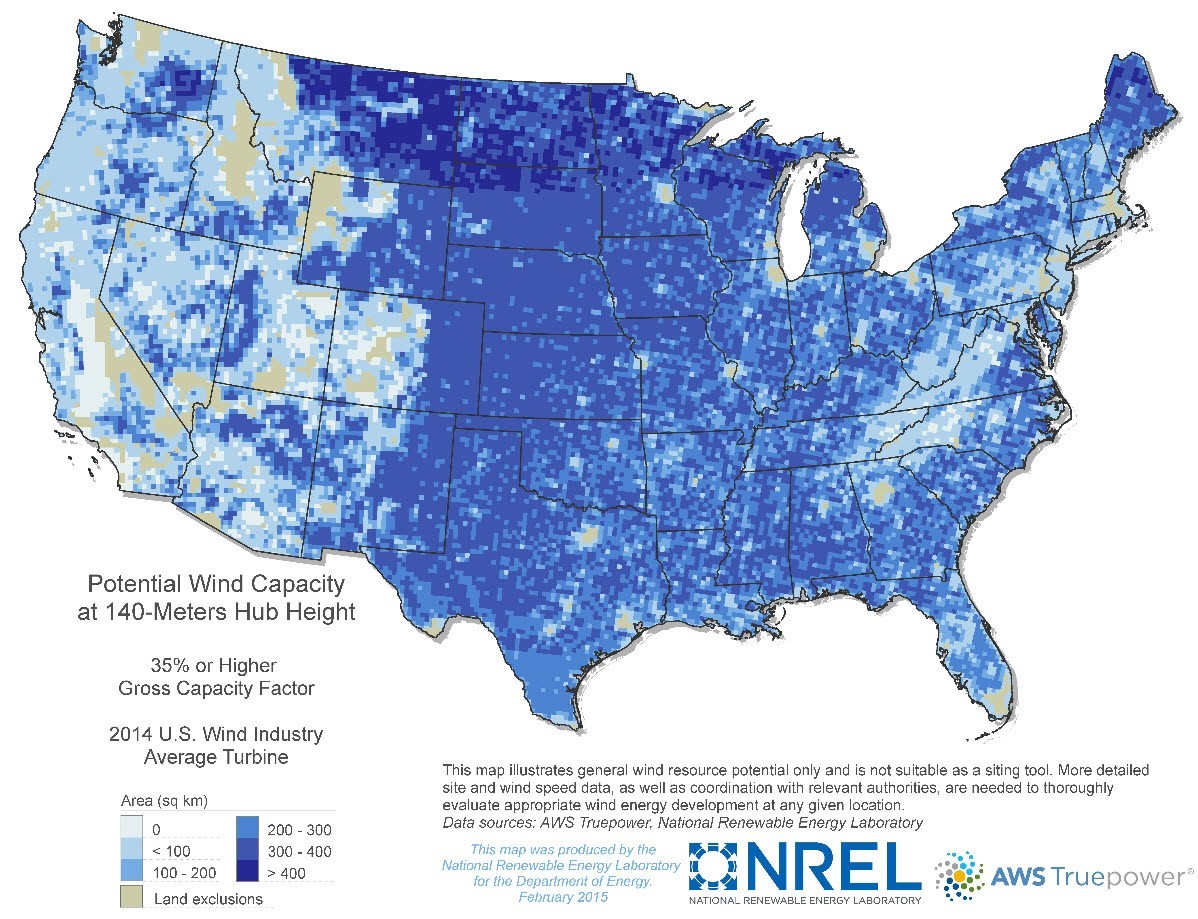 The potential wind capacity map show land area with a gross capacity factor1 of 35% and higher, which may be suitable for wind energy development. AWS Truepower LLC produced the wind resource data with a spatial resolution of 200 m, which was binned into 20-km grid cells. Map shading shows the amount of area with the potential to be developed within each 20-km cell: the darker the color, the larger the potentially developable area within each cell. Areas that are excluded from development by law, such as wilderness areas and national parks, and other areas unlikely to be developed, such as urban areas and water bodies, have also been excluded.

Site evaluation for wind projects should be coordinated with appropriate authorities and should consider potential effects on local resources and land uses, including but not limited to impacts on wildlife, sound, visual, radar, aviation, safety and local priorities. Various federal agencies have authorities relating to the siting and permitting of wind plants, depending on the location and resources that might be affected. For example, potential impacts to air traffic and military missions are evaluated by the Federal Aviation Administration (FAA) and U.S. Department of Defense Siting Clearinghouse through the FAA's airspace obstruction evaluation process. Potential impacts to migratory birds or endangered species are evaluated with the U.S. Fish and Wildlife Service. Other federal agencies that may have a role include, but are not limited to, the U.S. Army Corps of Engineers for projects impacting wetlands and waterways and the Bureau of Land Management or U.S. Forest Service for projects on federal lands. Similar state, tribal, and local agencies may also have jurisdiction.