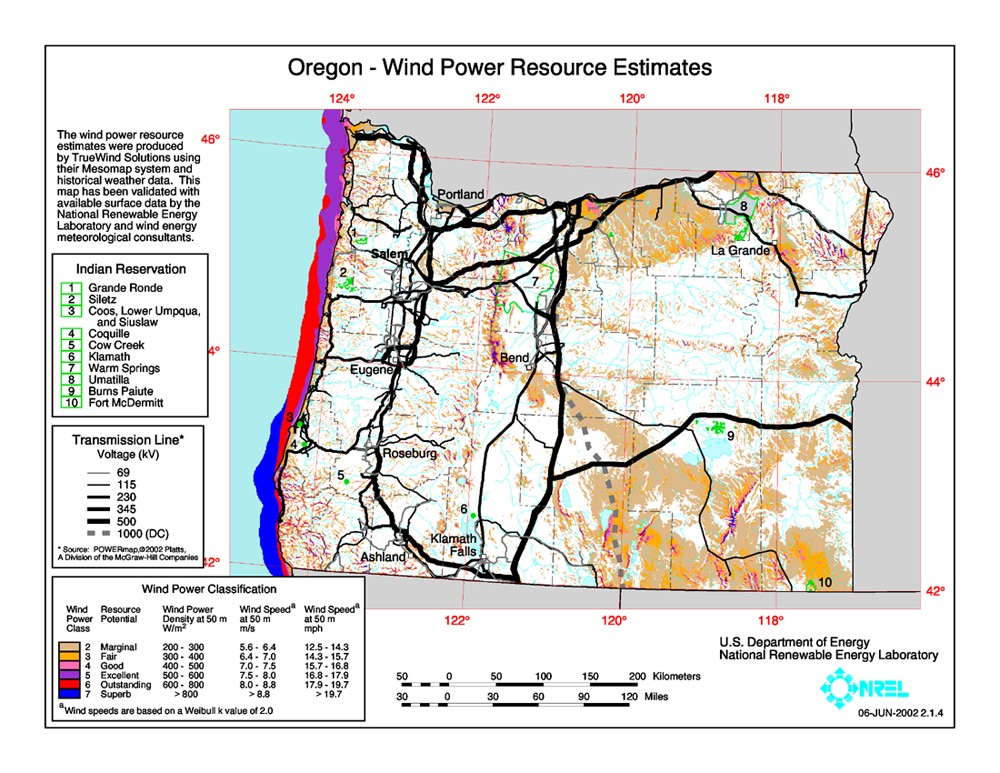 This map indicates that Oregon has wind resources consistent with community-scale production. The good-to-excellent resource areas are concentrated on ridge crests throughout the state. The most significant non-ridge crest areas with at least good resource are located at Vansycle ridge in northeastern Oregon, the area south of the Columbia River east of the Dalles, and southeast of La Grande.