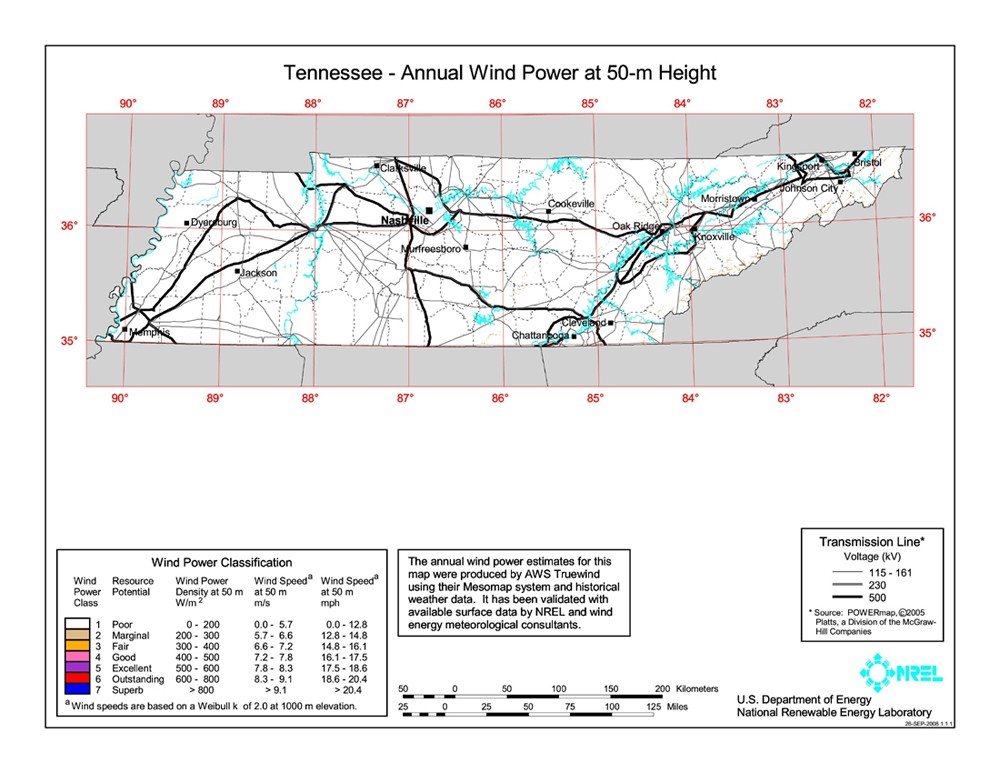 This map indicates that Tennessee has wind resources consistent with community-scale production. The good-to-excellent wind resource areas are concentrated on ridge crests in the eastern part of the state near the North Carolina border. Two notable areas are the ridges southeast of Knoxville and south of Johnson City. There are areas along these ridge crests that are estimated to have outstanding-to-superb resource.