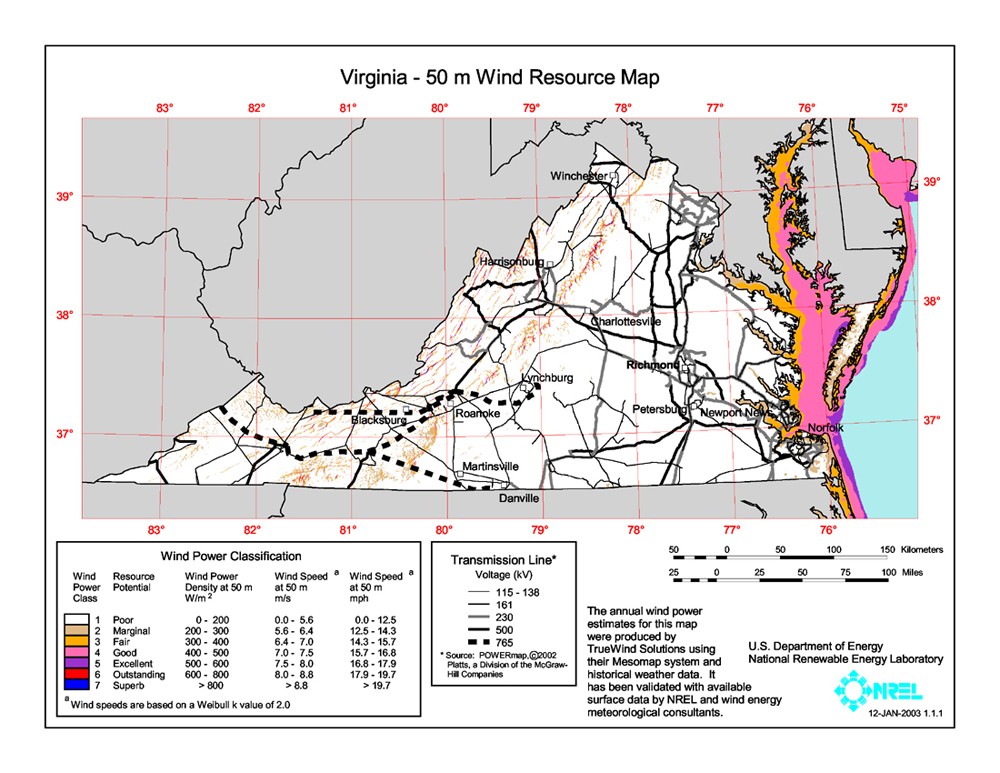 This map indicates that Virginia has wind resources consistent with community-scale production. Several areas of the state are estimated to have good-to-excellent wind resource. These include the Atlantic coast along the Delmarva Peninsula and the Virginia Beach area, the ridge crests in the north-central part of the state, and ridge crests near the borders of West Virginia and North Carolina.