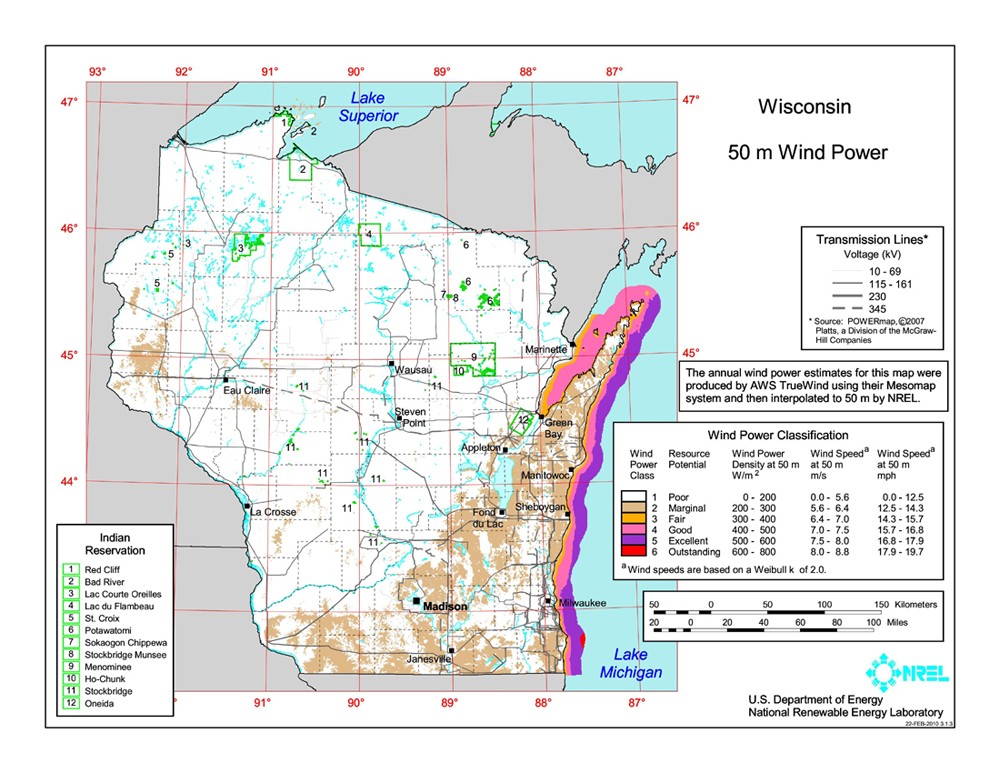 This map shows the highest wind resources in Wisconsin are concentrated in the southern and eastern part of the state. Class 3 areas are predominately located on capes and exposed coastal locations along Lake Michigan and Green Bay.