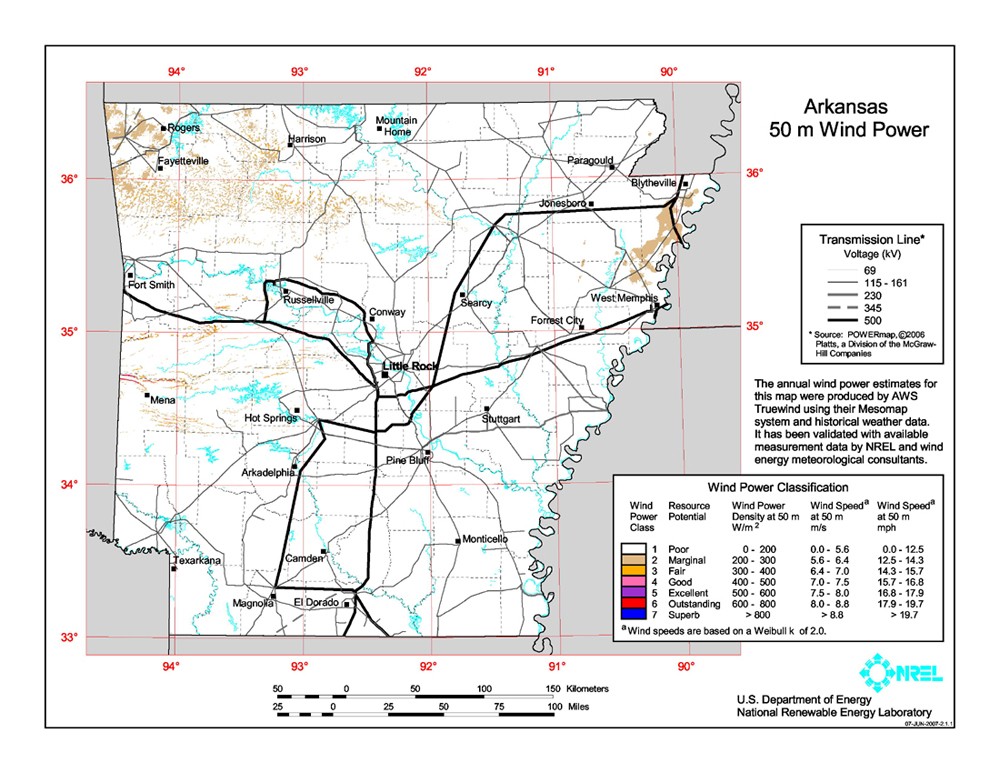 The map indicates that Arkansas has wind resources that can be considered for community-scale production. The highest wind resources are found on exposed ridge crests and elevated terrain areas in the western part of the state. The best wind resource areas are concentrated on the higher elevations of the Ouachita Mountains, particularly near Mena, and the Boston Mountains of northwestern Arkansas.