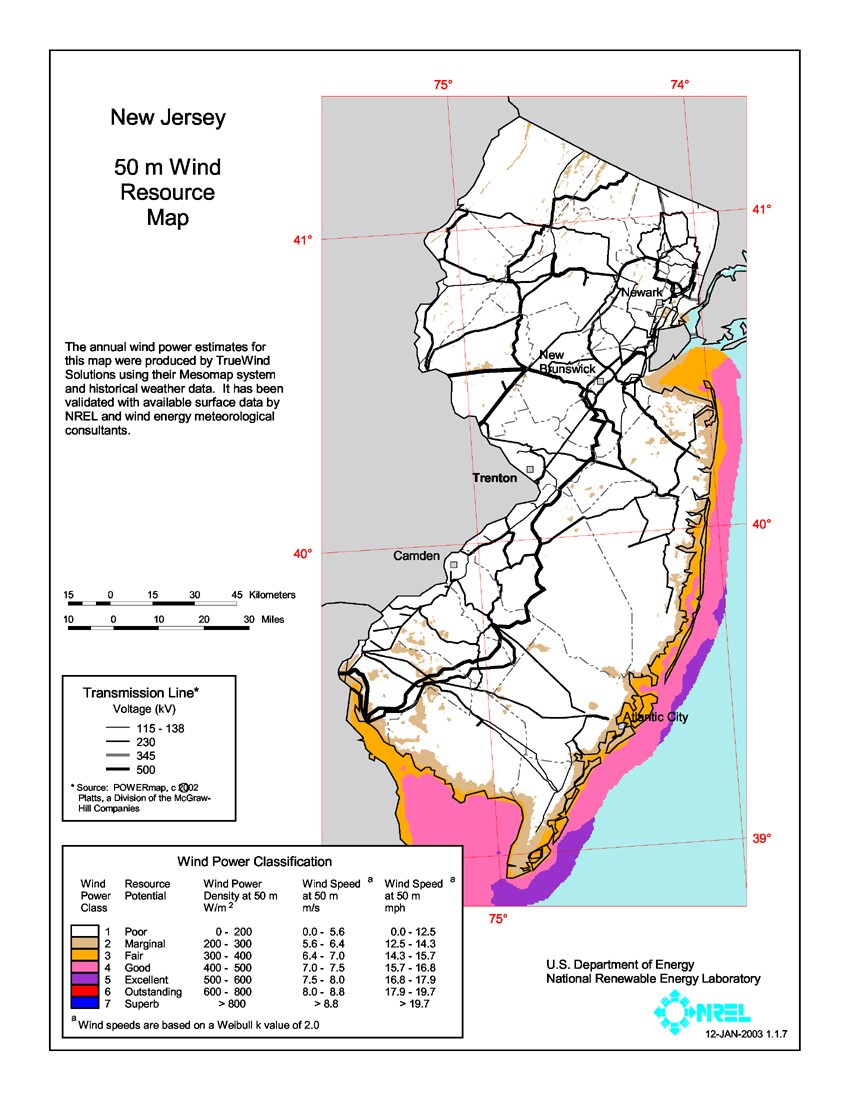 The highest resource areas are found along the Atlantic Ocean and Delaware Bay coastal areas, and on the ridges of western and northwestern New Jersey.