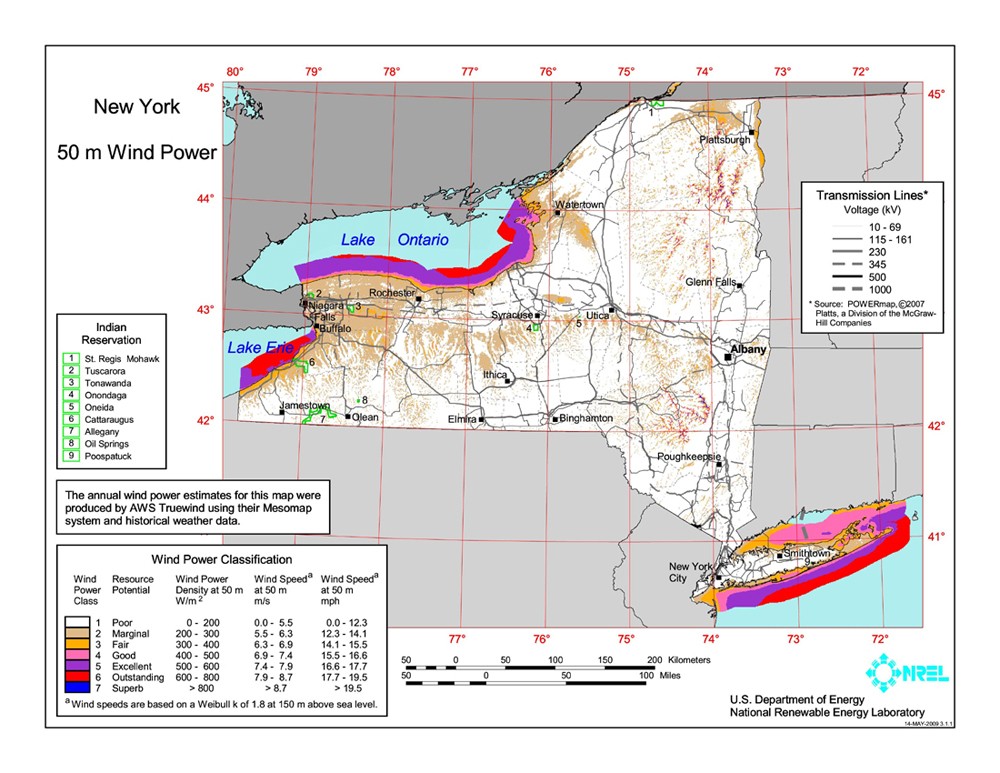 This map indicates that New York has wind resources consistent with community-scale production. The good-to-excellent resource areas are located on ridge crests in the Adirondack and Catskill regions. Contiguous areas of Class 3 resource are found in western New York, east of Buffalo, and on the Tug Hill Plateau east of Lake Ontario. Scattered areas of Class 3 are also located on the higher elevations of central and eastern New York.