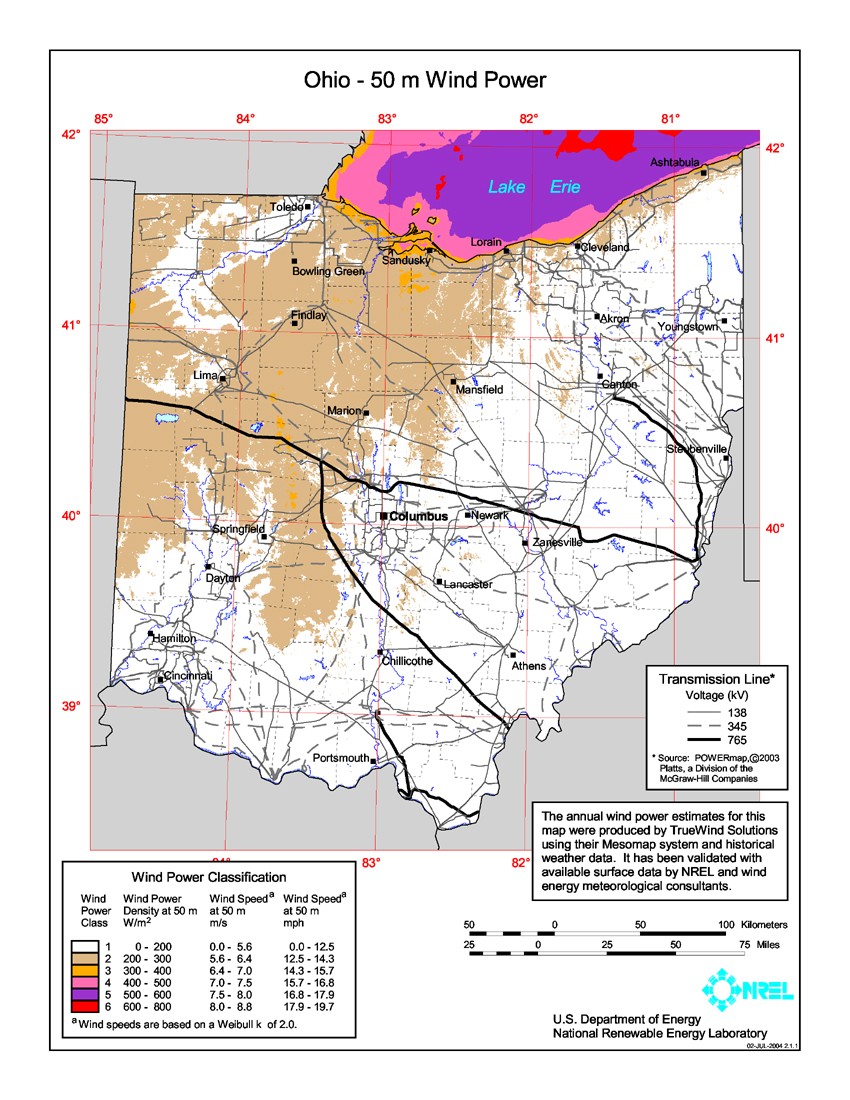 This map shows the highest wind resources in Ohio are found across the northwestern one-third of the state. Class 3 areas concentrated near Lake Erie with the largest contiguous area extending from Sandusky towards Toledo. Other Class 3 areas are located northwest of Columbus on relatively high elevations.