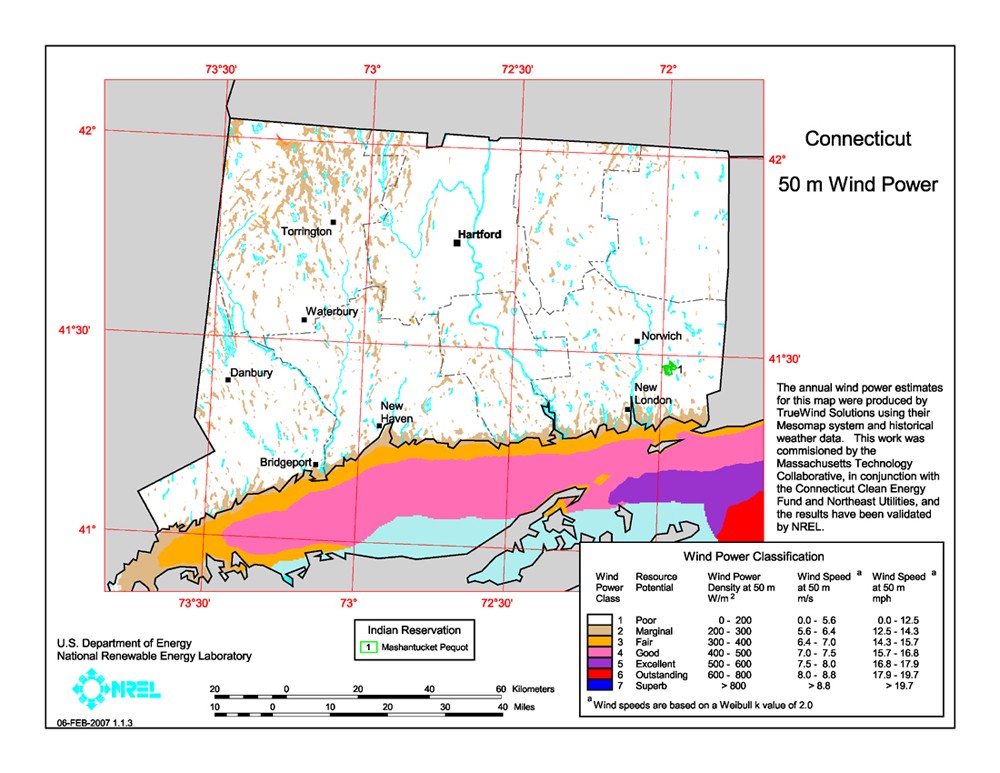 This map shows the highest wind resources in Connecticut are found on the ridge crests in the northwestern part of the state. There are some Class 3 areas on the southern shoreline along Long Island Sound.